The most common barriers to communication in the workplace 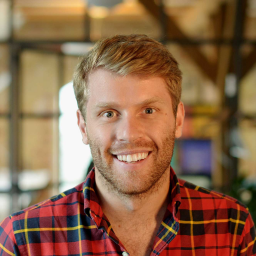 The most common barriers to communication in the workplace

How important would you say technical skills are to a team?

No matter what, the most important factor of success in your team is communication. Which is mad, because the success of a company depends on communication. Whether it is on a major project that will take 10 months or a quick team meeting reviewing the monthly metrics, communication is key.

It doesn’t matter how much talent you have on your team. They could be the top performers in their roles. But if they can’t communicate with each other effectively, then they’re not going to ever reach their potential. Team members need to be able to talk to each other openly about the state of their projects – the strengths, the opportunities, and the blind spots. A department is not a team – it’s a collection of individuals with different job titles and responsibilities.

A team is a group of people who serve different purposes but work together to achieve success. It’s not about who is underperforming or who the best is – the final goal should be the metric that shows how well they worked together as a team.

A lack of it

No communication is worse than bad communication. With bad communication, the other person at least has a chance to ask questions and attempt to get something useful out of the conversation. Negativity fills the void, so employees who don’t receive any communication are likely to base their perception on rumours or fictional stories. These negative stories, even though they’re untrue, can quickly poison the culture at your business. The human brain likes to know what’s going on, and if someone doesn’t know what is going on, they’ll make up a story so that it feels like they know what’s going on. That type of negative thinking will always lead to bad outcomes, both personally and professionally. A lack of communication leads to a lack of connection, and people won’t want to work for a business they don’t feel connected to.

How to overcome a lack of communication

Schedule regular check-ins with your team. Whether it is one-on-one or in group meetings, make time to talk to them about your world and how their efforts are affecting the business. In general, employees don’t need to know every detail about financial statements on upcoming projects. More than anything, they want to feel connected to the business, and they won’t feel that way when they’re not given any communication on their efforts.

As far as your role as their leader, your team doesn’t need to know what you are doing every minute of the day, but they do need to know you are working towards helping them succeed (which is the main goal of a manager).

Lack of communication can result from a leader assuming their team already knows the information or doesn’t care about it, which leads to our next point.

It happens far too much to be a random occurrence, and you cannot assume anything when it comes to communication. Your mindset, your approach to situations, and your motivations are different than everyone else’s. You don’t need to make every employee work or think exactly like you, but you do need them to understand how they can reach their potential. Even if they’ve been in the industry longer than you, they may be operating under their assumptions that you know are incorrect. When your employees make a mistake, you should never say the words “Well they know better than that.” If they knew better than they did they do it?

How to overcome assumptions

The only way to ensure you and the other person are on the same page is to ask questions to check for understanding. It could be you asking questions to see if the other person understood you, or it could be you asking questions so you show you understand them. Both parties (you and the employee or employees as a team) should clearly understand the next steps and expected results going forward. A simple question. Asking simple questions like “What are your takeaways from this conversation?”, “Ok, now that we know the goal, what are your next steps?”, or “How can I help you with this task?” helps you see if the other person understood the purpose of the conversation. If they did – great. If they didn’t – that’s great too, because you can clear up that misunderstanding now instead of dealing with a huge problem later.

There is a misconception in the professional world that leaders need to always appear to be in control of everything. They feel like, if they look they don’t have complete control, then they would be perceived as weak, incompetent, and not valuable in their role.

Leaders who think this way tend to try and assert total control over everything. This can cause leaders to shout orders and require unquestionable loyalty from their employees to the business. They demand perfection, because they see mistakes as a sign of chaos, and chaos means there is no control. This “command and control” type of leadership always breeds a sense of fear. When people are scared at work, they are not going to want to talk to their leaders about anything.

When you look at past projects that have failed or huge mistakes that were made, there were always signs that it would eventually end up bad. But what do you always hear in those examples? Anytime a leader says “Why didn’t anyone tell me about this?” it’s because people were afraid to say something. It doesn’t matter what questions you ask or how you think you appear as a leader – fear causes people to shy away from problems instead of discussing them to reach a solution.

How to overcome fear

Again, meet regularly with your team. People are scared of the unknown, and if they rarely interact with you as a leader, they’re going to feel detached, which could lead to fear. Meeting with your employees regularly creates a connection because they get to see you regularly and get to know your style as a leader.

Also, fear and curiosity do not go together, so ask lots of questions. The more you ask questions, the more open you appear to other people’s ideas.

Whether we are talking about lack of communication, assumptions, or fear, there are tools out there that help with each of these.

No matter what industry you are in, things move fast, and the only way to keep up is through clear and constant communication. This is where digital communication tools can help prevent bad communication.

Digital tools prevent bad communication and keep everyone informed on the business. There are many options to choose from that offer different features at different prices, and whether you’re a team of 3 or 3,000, there’s a solution for every business.

Employees who feel connected to their business will be happier, more engaged, and more likely to put in the effort to help the team succeed.