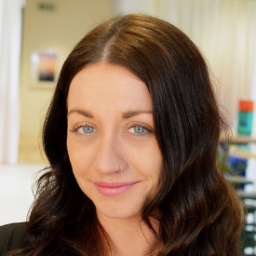 We spoke to Norbert Swierad, the Operations Manager for Absurd Bird, about saving £40,000 a year  from using Planday. He explains how implementing the system has helped him run a multiple-location chain restaurant with over 100 employees, while improving staff retention at the same time.

Southern Cuisine Across the Pond

Absurd Bird restaurants focus on cuisine from the Deep South and first opened its doors in London three years ago. This opening was followed by new locations in Soho, Exeter, and Bath and most recently Leeds and Glasgow were launched. Currently, we have roughly 150 people in various roles including chefs, waiters, bartenders, front of house teams, managers, and supervisors. That’s a lot of schedules, holiday requests and payroll.

Spreadsheets Only Go So Far

When the first Absurd Bird opened, we handled all things payroll using spreadsheets. However, it didn’t take long for us to realize that spreadsheets simply weren’t going to cut it. Having so many people on the team, it was very difficult for our general managers to properly keep track of holiday accrual, hours worked and making sure that our employees were getting paid on time and accurately. We eventually realised that some of the team members weren’t getting paid enough, while some were getting paid too much, because the spreadsheets weren’t adding things up properly.  It became obvious that we needed a different method of tracking hours and completing payroll.

We already had a POS system we wanted to keep, so the payroll system needed to sync with it. We signed up for Planday pretty much instantly after we learned that it could be integrated with our POS system, so we would be able to get instant notifications on how much business we’re doing. We’re now able to make instant decisions in terms of how many team members we need on each shift. So, it was really a no-brainer decision to use Planday. One year later, what a great decision it was.

We’ve improved our wage control by 3%, which is massive. That’s without doing anything – it was simply done by providing our managers with the right tools.

Thumbs-Up from the Rest of the Team

Implementing new systems into a work environment is often met with challenges and pushback, but with the Planday rollout, the results were overwhelmingly positive. Most managers were happy to ditch the spreadsheets that they didn’t understand how to use and that only worked properly sometimes. Planday provided us with a system that actually worked the way it was supposed to, provided the tools that managers needed to get staff scheduled and paid and overall made our lives that much easier. Everyone was really happy that we were bringing something in to aid them to do their job better. Planday allows them to spend less time in the office, less time being frustrated and more time in front of house with our customers.

Planday has certainly contributed to the low turnover rate at our restaurants as well. It empowers our team to be able to see exactly how many hours they’re going to get paid for and they can challenge the manager if something is wrong. It also enables them to swap shifts across different branches and between colleagues. It’s all they want. Planday is giving them that happiness. And that’s why they stay with us longer.

Planday has saved us many hours at the end of each pay period. Before we implemented Planday, we would spend a good seven hours, pretty much a whole day of work, confirming and approving all the payrolls. Now it takes just one email from our accountants. Everything is pretty straightforward. There are no mistakes afterwards, so no one comes crying to us saying they’re missing out on pay. We can therefore summarize Planday in three key points: it does what it says, it’s super easy to use and it’s very sexy.

We can therefore summarize Planday in three key points: it does what it says, it’s super easy to use and it’s very sexy. 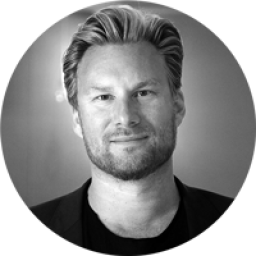