The pros and cons of buying a franchise 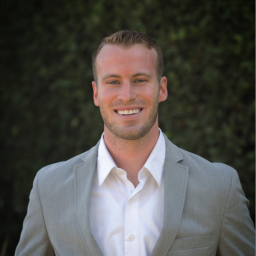 If you’ve ever dreamed of starting your own business, you’ve probably considered the franchise option.

After all, purchasing the right to open up a new location of an established, successful brand seems to be the best of all possible worlds.

But how can you tell whether a franchise really is your best option?

As with most things in life, there are both good and bad sides to purchasing a franchise. With franchises in particular, it pays to consider both the pros and cons very carefully before making a decision.

1. Franchises Take the Guesswork Out of Running a Business

One of the primary reasons that the franchise appeals to so many would-be entrepreneurs is that it’s often the simplest way to get a business up and running. Many decisions are already made for you, so as a newly-minted entrepreneur, you don’t have to worry about whether your ideas are sound.

Franchisees – the people who buy franchises from franchisors – gain the benefit of the collective experience of all the other people who have bought that franchise and successfully operated their own businesses under that brand.

You don’t have to make the mistakes, because someone else already did. To put it another way, you get to go into business for yourself, but not by yourself.

When you purchase a franchise, part of the value is a proven system of business operations and procedures. You’ll get support and guidance on many issues, such as site location, expansion, store layout, etc.

That support is there not only before you launch, but also on an ongoing basis.

2. Franchises Give You Added Negotiating and Purchase Power

Entrepreneurs who start their own (non-franchise) businesses find out fairly quickly whether they’re good negotiators. Sometimes, they find out the hard way that they’re not.

But franchise owners get the benefit of some added “strength in numbers.” Being part of a successful franchise means you can take advantage of the purchasing power of a much larger business.

Cheryl Babcock, an expert on franchises, agrees and says that franchisees also benefit from

“efficiencies of scale in the franchise system. The franchisor negotiates lower prices for the products and services you need to run your business.”

A proven brand already possesses a powerful marketing advantage. You don’t have to build up brand awareness, for example, because chances are that awareness already exists in your market, at least to some extent.

It’s also easier to distinguish yourself from competitive brands and businesses in your area with a franchise. Your prospective customers already associate everything from your logo, color schemes, products and more with that brand.

Of course, you’ll want to check that out first with due diligence and upfront research, well before you decide to sign on the dotted line.

However, generally speaking, if a franchise is available, chances are it’s already enjoyed some success in geographical areas like your own. So franchisees get the benefit of that prior success.

Those are the advantages, but there are some downsides to franchises that you should consider, too, starting with the cost.

1. Franchises Are Expensive To Purchase, Launch, and Operate

The franchise cost is sometimes significant – often more than starting a non-franchise business in the same field.

There’s the one-time franchise fee itself. It ranges from $15,000 for some popular sandwich shop franchises to $2 million for a nationally-famous diner brand. On top of that, you’ll shell out funds for leasing commercial property, as well as for necessary equipment and inventory.

These are just the startup costs. You’ll also bear expenses for labor. Also, you’ll have an ongoing obligation to remit a percentage of sales as a royalty fee to the franchisor. Finally, some franchises require contribution to a marketing fund.

Some franchisees have lost their entire investments with a poor choice or simply an unanticipated crisis.

Franchises are usually tightly controlled through restrictive contractual terms and rules that you are required to adhere to, down to the letter.

You won’t enjoy the full autonomy that non-franchise business owners have when it comes to marketing and other business decisions. Rather, you’ll have to comply with some fairly rigid rules about marketing and promotions, especially. For example when and how you can display the logo.

Franchisees also lack control over their own territory. Generally speaking, it’s not in a franchisor’s interests to over-saturate any market it’s in.

However, that’s no guarantee that you won’t wake up one day and find your geographic market has been essentially halved by the franchisor’s grant of a second franchise in your town.

3. Franchises Depend on the Health of the Franchisor

As Forbes points out, franchises “fail at roughly the same rate as other businesses” – about a third of the time.

Franchises may pose less risk than non-franchise businesses, but they’re not risk-free. Franchises are susceptible to the same market shifts that any other business would be. There’s also an added risk that franchisees carry: the failure of the franchisor.

Going out of business entirely is (thankfully) relatively rare for franchised businesses, since in order to franchise in the first place, the business needs some degree of success. However, it does happen that franchisors file for bankruptcy.

Additionally, a franchise’s health is inextricably tied to the franchisor’s reputation. If something horrible happens at another franchise location, your business might pay for it as well.

A case of food poisoning, for example, potentially hurts a franchise restaurant across the board, even if only a single location and supplier had the problem.

It may not be fair, but it happens.

No business is ever entirely risk-free, and that’s true of franchises, too. The solution is to research your options adequately.

Joel Libava of Entrepreneur.com suggests talking to ten to fifteen franchise holders before you commit. Experts also advise that one of the best ways you can research a franchise is working as an employee for at least six months in one of its locations.

For more information, we recommend that you review the FTC’s Franchises, Business Opportunities, and Investments page. Especially “A Consumer’s Guide to Buying a Franchise” (PDF available at the link), and Entrepreneur.com’s Franchise information section.

Can your staff only work certain days? That’s now simpler to schedule.

4 Types of communication styles in the workplace

The best internal communication tools for your organisation